A downloadable game for Windows

Backstage: Murdered Sleep is a psychological horror adventure game. It is the long-dreaded sequel to 2005's Backstage: A Nightmare In One Act, and a reboot/reimagining/synthesis of the never-quite-completed Backstage II (last demo release circa 2011), the Backstage 3: Sinfonia proof of concept, and my (hard to find, apparently, lemme know if anyone has a copy) Lovecraftian horror RPG Eldritch also from around 2006.

Anna Molly Grace is an ordinary college student with an extraordinary problem: sleep terrors so intense they make her life a living hell, keeping her trapped in a cycle of self medication and insomnia. When she receives an invitation from the American Sleep Institute's experimental clinic on Santa Casilda island, she has no reason to suspect the terrors in store from her, or the forces intent upon awakening something terribly real from the darkness of her mysterious dreams.

In order to download this game you must purchase it at or above the minimum price of $9.99 USD. You will get access to the following files:

I noticed you were looking for testers on your Twitter?  I might be interested, although I gotta ask a little about the gore/jumpscare factor.  I don't mind bloody smears and corpses along with some sudden spooks, though I've got my limits.

Thanks for reaching out!

Well, I was aiming for maximum scary. The gore is taken to the furthest extreme possible WITHIN the pixel art style and scale the game is using. Like, this image is as bad as it gets, probably: 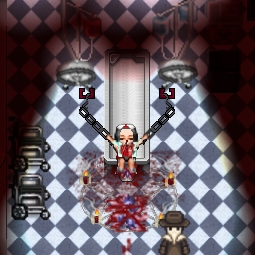 (Ordinarily I'd have spoilered this behind a TW but I don't think itch has spoiler tags.)

There aren't, for instance, scare screens where you see the same thing but in a more realistic style/at a much higher zoom and resolution.

I think jump scares are used in relative moderation. There are definitely a few in there, but it's not the main way I was looking to scare players, I was more focused on creating a holistically disturbing atmosphere and narrative. All of this is REALLY subjective though, and I do know I'm a bit of a gorehound into some pretty extreme stuff myself.

I'd say check out the Playable Teaser and if you can handle that, I'd say there's nothing *much* worse in the full game as it exists at this point.

Alright, I gave the teaser a shot.  As far as the gore goes, what I've seen so far hasn't really bothered me, and the story was compelling enough to get me to wanna play more.  Unfortunately I think I triggered a bug that prevents the elevator from going back down into B2:

I rode it back up to B1 after picking up a key to the right of B2 and getting chased by skeletons(?) because I wanted to save and not repeat the riddle scene after every death.  But when I tried to go back down the elevator seems to get stuck in a loop where it appears to constantly descend, and when I try to leave it just puts me back into B1.

That elevator has been a perennial hive of bugs. Pretty sure I've fixed that particular one in the seven months since the teaser came out. IIRC there's a save point right in the next hall if you head  "South" (down) and then "East" (right).

did you make sure your flashlight is on through the inventory? If it's on, I recommend you increase your screen's brightness. Lastly, not sure if this will help, but this is the route you need to take to get out of the vents 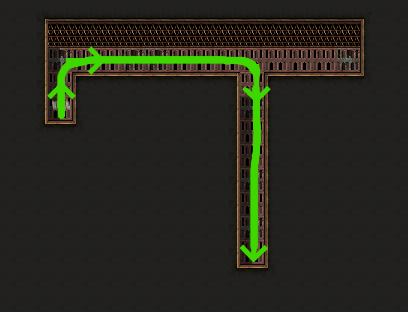 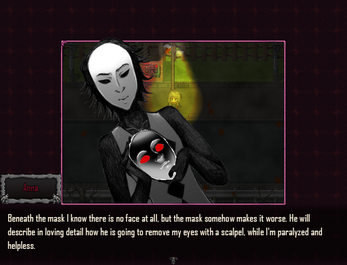 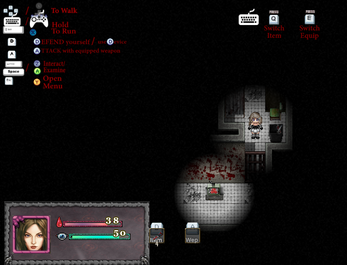 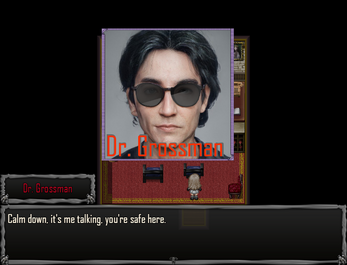 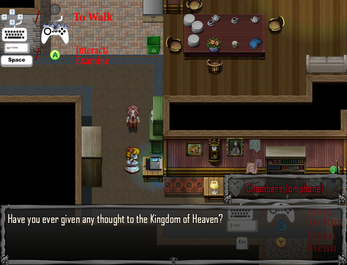 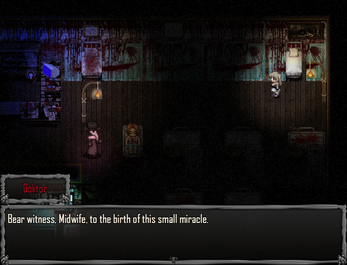 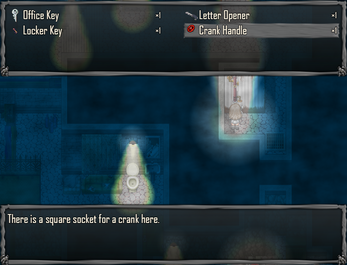 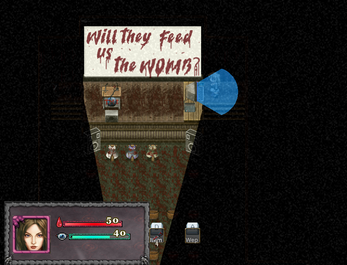 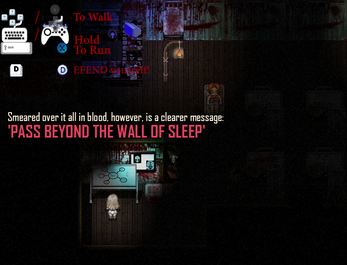 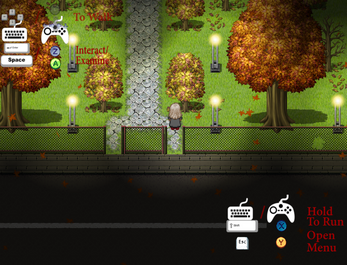 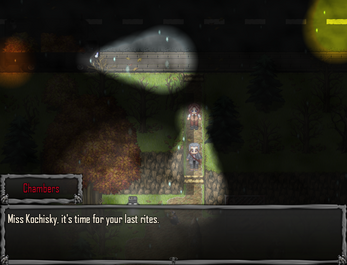